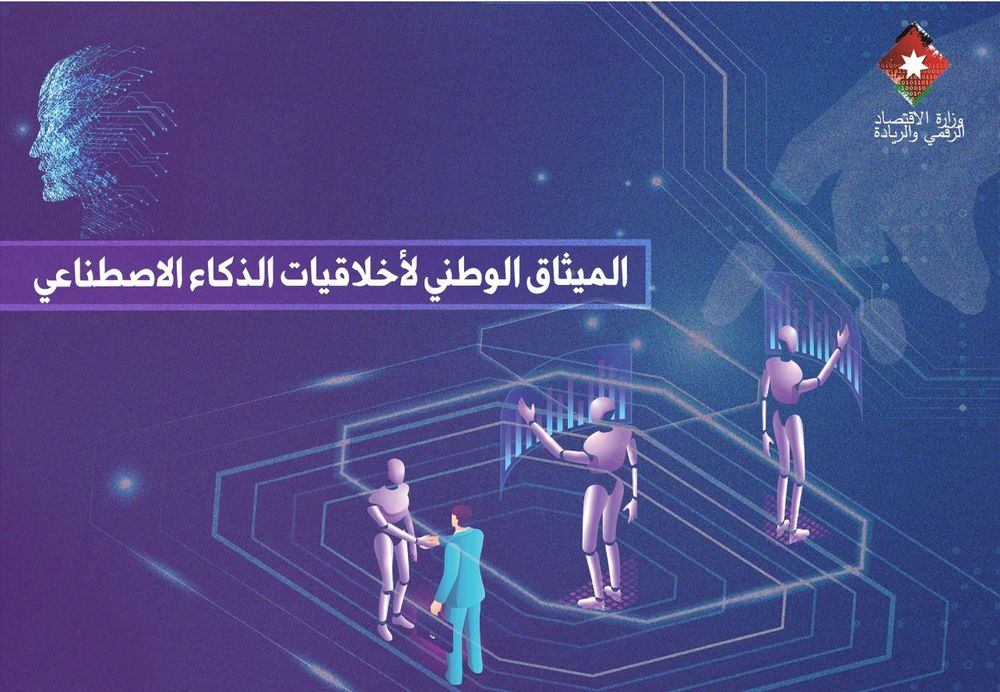 A National Charter for Artificial Intelligence Ethics is on the way

The Ministry of Digital Economy and Entrepreneurship (MoDEE) has announced its start of a project to craft a national charter for artificial intelligence (AI) ethics at the second quarter of 2021 in accordance to clauses of the Jordanian AI policy which was approved by the Council of Ministers at the end of 2020, this was carried through a series of interactive workshops and dialogues with the support of Jordan Open Source Association (JOSA) alongside a number of specialists in the field of artificial intelligence as well as a number of legalists and civil rights activists, the workshops introduced the participants to the main goal of crafting the charter and the discussion of a set of principles and recommendations that the national charter for artificial intelligence ethics will include, such ethical principles will support the application of artificial intelligence in a responsible way that strengthens innovation and creativity and creates an environment that encourages investments.

MoDEE stated that the next step after the aforementioned workshops, and based on their output, was the creation of a committee to draft the national charter for artificial intelligence ethics, it is headed by the Ministry of Digital Economy and Entrepreneurship and includes specialized members from different fields that represent technologists and experts in the field of artificial intelligence as well as academics and legal experts. The committee started its task in accordance with the report of the outcomes from the workshops that the ministry conducted previously, the committee also studied and analyzed international practices and reviewed the local legal locus to ensure that the charter will be fitting. The committee has also resorted to using artificial intelligence technologies to review the international practices and to conduct an analysis that distills the main points and shared principles between most countries, that was done to emphasize the importance of artificial intelligence and its techniques and roles in using resources in a way that saves time and effort.

It must be noted that the recommendations on the ethics of artificial intelligence declared by UNESCO call for the execution of necessary legislative measures in accordance to constitutional procedures and administerial structures unique to each country to place the principles that have been assigned by the recommendation, and that such recommendations call for the respect, the propagation and enhancement of the principles and ethical standards of artificial intelligence including transparency, respect of human rights, equality, neutrality, tolerance and it must support and enhance such rights. It is a worthy reminder that the draft for the national charter that is being worked on is in harmony with UNESCO recommendations, without neglecting the focus on its alignment with the local Jordanian culture and society.

It is expected that the charter will cover a set of principles and guidelines that will support the sovereignty of law, human rights, democratic values, diversity and consideration of ethical issues pertaining to the use of artificial intelligence such as the ability of questioning the systems that use artificial intelligence technologies and its inclusiveness of all segments of society and the level of transparency in taking decisions and its neutrality without focusing on any specific set of data like skin color or ethnic background or religion or gender and with special care for the privacy of data and protection of intellectual rights and supporting human values.